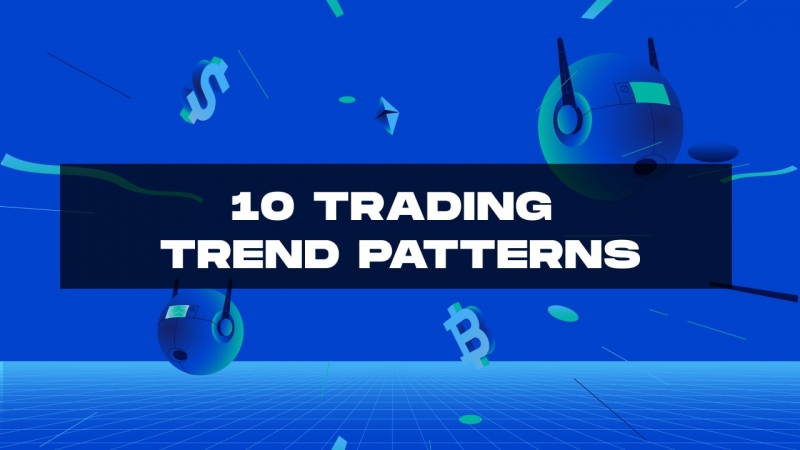 A clear understanding of patterns allows traders to make decisions that increase profits, so the most successful chart patterns every trader should know.

All technical analysis of exchange trade is based on the statement that history on the market repeats itself, so one can periodically observe the same kind of developments in similar trading situations. Such situations are called patterns. In other words, a pattern is a certain specific figure formed on the chart by the price or indicator which allows us to predict further price movement in the market with high probability.

Long-term market assessments have revealed recurring patterns in data that can be used to forecast price movement in the future. There are bearish and bullish stock patterns, as well as patterns that signal a trend change and patterns that indicate a trend continuance. It's worth noting that the chance of a price shift based on chart pattern types isn't 100%, but it's high enough to be useful in trading. All of these types of chart patterns are true for bitcoin currency trading on different coin exchange crypto.

Traditionally, there are three types of different chart patterns. The main factor by which the figure gets its place in the classification is the direction of price movement after the formation of the pattern.

There are a huge number of trading charts patterns for each of these types, but this article will look at the top 10 most popular ones that every trader should know.

Why are patterns so important?

The importance of patterns can be explained by the following advantages.

The most popular graph patterns names

This pattern is formed in an uptrend on the price maximums. It has three upper points - the conventional head in the middle and shoulders on the sides plus two points of low - the conventional neckline should be drawn through them. When the pattern is well-formed, the price falls below the neckline after the right shoulder is completed. The price is highly likely to fall by an amount equal to at least the number of points from the neck to the top of the “head”. Selling is carried out immediately after the breakdown of the chart below the neck level.

Opposite to the previous one and formed at the price minimums, when the trend is descending. Correspondingly, "head" and "shoulders" peaks are situated below the neck level, but not above, like for the standard figure. After the neckline is broken, the price is forecasted to grow by the number of points at least equal to the distance from the neckline to the "head" top. At the moment of penetration of the neckline purchase of the asset is carried out.

It is a local trading pattern, which is possible in the case of ascending trend at the price peak. The figure is formed by two equal or approximately equal price peaks with one peak of local minimum between them. After the end of the figure, the downtrend is forecasted, at this moment the sale is carried out.

As in the case with the "Head and shoulders," the "Double top" has a mirrored variant, which is formed on the downtrend in the area of the local minimum. The bottom two points of the mirror top are marked on the price lows, between them - the point of the local maximum. When the formation is complete and the baseline passing through the point of the local maximum is broken, the asset is bought in order to sell it at a higher price, because an uptrend is forecasted after the "Double Bottom".

"Rounded bottom" and "Rounded top" may also be included. The rounding bottom chart pattern  resembles the letter "U," which is why it is also known as a "saucer." It develops as a result of a sustained downward price movement. It consolidates in a specific range before beginning to rise and finally breaking over the resistance line.

"Rounded top," in turn, looks more like an inverted "U". The emergence of this pattern indicates the reversal of the uptrend and the probable beginning of the downtrend.

"Triple top" is drawn at the maximums when quotations tend to go upwards - unlike "Double top" it has three price peaks. It means that the chart locally goes upwards thrice and falls downwards thrice. After the third fall, the baseline is broken through and sale is carried out. The "triple bottom" mirrors the top, but not at the local maximums, but at the local minimums. Accordingly, after the baseline is broken through, a buy is carried out.

Can be formed both on the highs and lows of the price. This trading pattern "squeezes" the chart between two lines - the support line and the resistance line. Within the lines the price may go up and down several times, the breakthrough is considered to be the chart exit below the supporting line or above the resistance line. In the first case, it is selling, in the second - buying. The wedge is graphically similar to the triangle, but not identical. It belongs to the reversal patterns, the indicators define this figure quite well (like most of the classic figures).

It can be equilateral, ascending or descending. All three types either continue the trend or reverse it. Unlike the "Wedge", the support line and the resistance line completely intersect on the right side of the figure. Further, buying/selling is done depending on the type of formation and the trend:

An alternative name for this trading pattern is "Diamond". It is a rather rare market reversal pattern that can be formed during any trend on local lows/highs. If the Rhombus appeared at the highs of the price chart, it indicates that the upward movement has ended and now you can sell. If the pattern has formed at the bottom of the chart, after a downtrend, then you can wait for a reversal upwards and prepare for purchases.

It is formed by the parallel lines of support and resistance, which form a conditional corridor for the price movement on the chart. Inside the corridor, the price consolidates and randomly changes direction.  It is logical to trade in the direction of penetration of the formation - if it closes above the line of resistance, it is bought. Sale is carried out when the shape is closed under the support line.

Pattern "Flag" predicts the continuation of the current market trend. It consists of two parts: a “flagpole” and a flag (the channel in which the price moves). The flag corridor can go strictly perpendicular to the "flagpole" or with a slight slope, its general shape can correspond to different figures - triangle, rectangle, or wedge. The correction ends with the exit of the prices behind the resistance lines. At this point, buying is carried out.

How to trade on patterns?

Detecting patterns takes practice, and you should remember that you can lose if you trust only them. However, despite the fact that the patterns give a correct prediction in about half of cases, it is advisable to pay attention to them. It is not without reason that most copy trading software also includes tracking trading patterns. Various tools for trading also include observation of patterns. Because a chart with a pattern always gives a better idea of the anticipated price movement than a chart without a pattern.

That is, you should not trade purely on patterns. But they can be used for a more precise estimation of the market situation and to make correct decisions on the basis of technical chart patterns. 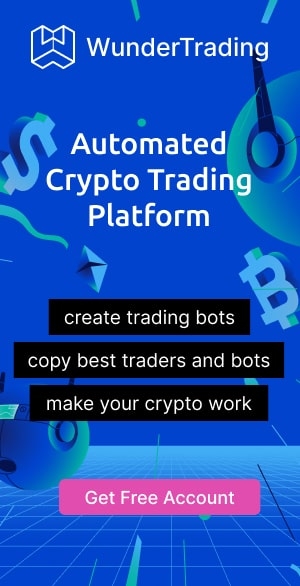 How to make an NFT

Crypto Trading Strategies: What you need to know?

How to start crypto mining for beginners

How to calculate crypto profit

How to Start Trading on Binance for Beginners?

What is a trading strategy?

How to start investing in cryptocurrency

How to Short Bitcoin and Other Crypto

What is crypto-trading and how does it work?