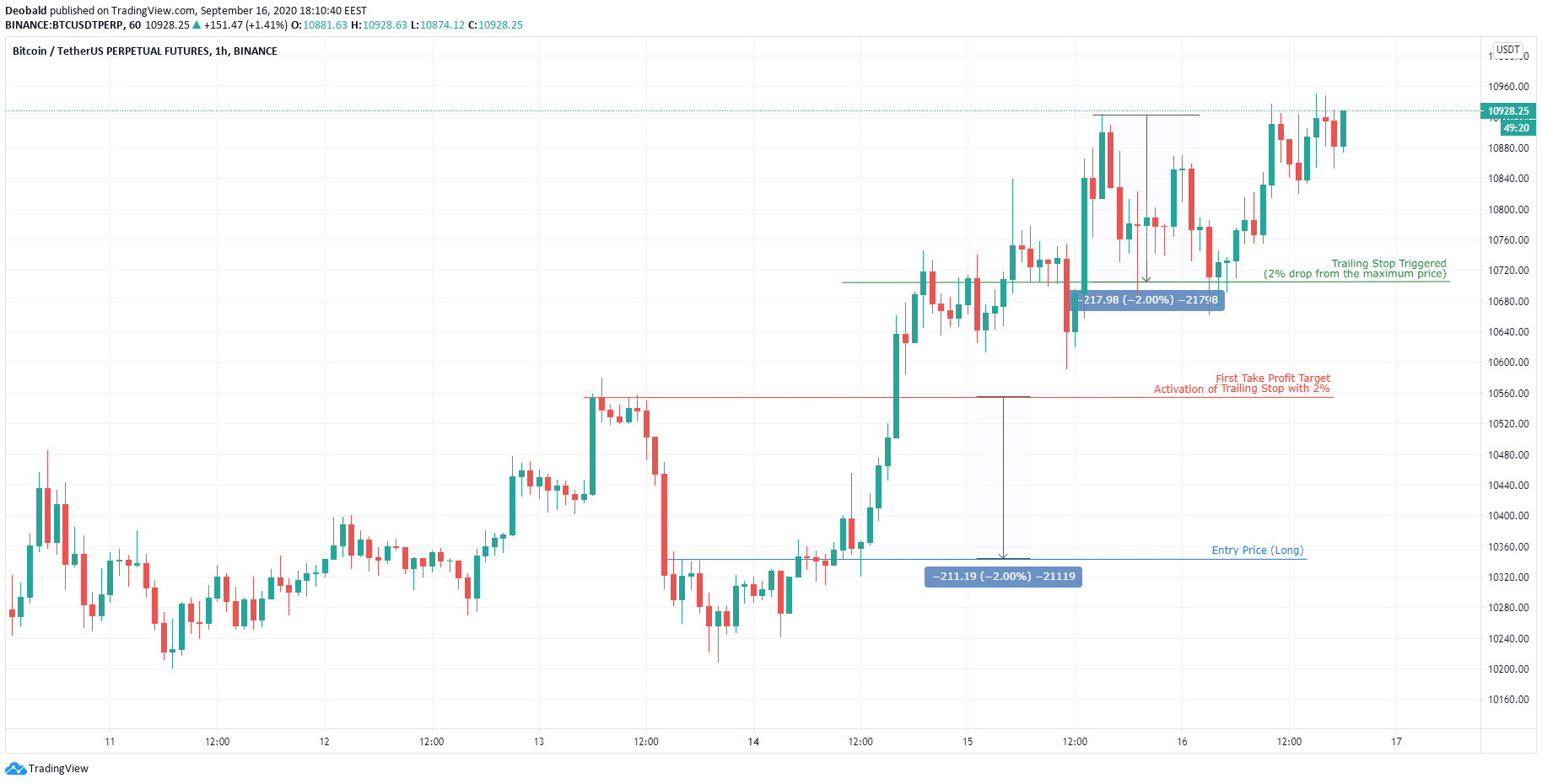 There are cases when an asset grows in price and you don’t know at what value to place your take profit.

1. You decided to take a chance and take part in short-term pumps
2. You are trading with a new growing asset and don’t know the support and resistance levels yet.
3. This is quite a common situation in the market, for example, with Bitcoin on October 25, when the rate jumped by 35%.

The solution is the trailing stop tool. If the price goes higher than you expected, this tool will allow your trade to close at a price close to the maximum.

What is a trailing stop?

The trailing stop is an order, the main purpose of which is to automatically track an open position with a constant permutation of the stop-loss level depending on the price movement.

How does a trailing stop work?

In order to use this case in Wunderbit Trading, all you have to do is enable and configure the trailing stop feature in the Trading Terminal / Trading Bot setup menu section.

The slider sets the percentage offset from the current asset price. When the price of an asset goes up, the price at which the stop loss is triggered also moves up a step behind it. When the asset price goes down, however, the trailing stop does not move and upon the price reaching its level, it gets triggered.

KuCoin users can now copy trade and use bots